How to make it in Radio and Broadcasting

Radio and broadcasting is such a part of our daily lives, however, we recently realised that we have no idea how to get into the Industry or what it takes to be successful in it. So naturally, we just had to find out! We were able to catch Chris Jordan for a cup of coffee and chat about his career.

For those of you who do not know, Chris, he has been in the industry for roughly 20 years. He hosted one of the biggest radio shows on 94.7, appeared in several television productions, MC'ed loads of corporate gigs and concerts. While his experience indeed is impressive, it is not the only reason why we wanted to interview him. You see Chris is one of those guys who tackle life with intent and focus on understanding how things work and why it works the way it does. A clear example of this is the excellent textbook he wrote on the Radio Industry as well as the amount of time he invests in mentoring young up and coming talent. After spending some time with Chris, we can highly recommend that you get in touch with him through Chris Jordan Media if you are interested in a kickstarting or advancing your career in Broadcasting. We've asked Chris a few questions about his journey thus far, to give you some insight into a career in Radio and Broadcasting.

How did the journey into Radio and Broadcasting start for you?

Radio wasn't the first thing I pursued after school. I studied BSC IT at the University of Pretoria. The link between IT and presenting on Radio is not clear so I will have to fill in the blanks! Studying at University is so much more than the academic programme you enrolled for, there are literally hundreds of clubs, committees, causes, projects etc. that you can get involved with. At the time, TUKS FM (a local campus/community radio station) exploded onto the scene, and I knew I had to get involved. I applied to be an on-air presenter, and I got in on my second attempt. We were a bunch of young people, having a go at Radio and learning how to stand on our own feet for the first time. Little did I know how profoundly this first 'gig' would change my life. I count myself as one of the lucky ones who were able to discover my passion early! To be honest, I can't imagine doing anything else.


You have been involved in TV, Radio and Publishing? Which medium gives you the biggest thrill?

That's a difficult question, each one comes with its own intrinsic value to me. However, Radio will always be my first love and greatest passion. I find that Radio offers something very unique, you have this incredible platform to engage and connect with your listeners in 'real time', this is for me, an unparalleled 'thrill' that I cannot adequately describe in words.
TV, on the other hand, is all about planning, preparation and producing and this can lead to tremendous anxiousness to see the final product. It demands incredible foresight and trust in your own judgement. You have to believe in your vision for the product, trust that the work you are putting in; i.e the script, the filming, the sound and everything else will come together in the final product. I find that with TV productions, I continuously battle self-doubt, asking did I do enough? You have to really trust your own instincts as well as the team of people you work with.
Of the three, Publishing is probably the most challenging and risky. It is by far the loneliest medium with very little input along the way. So not only do you have little to indicate if you on the right track, but you also don't know if the published work will appeal to a mass audience. Therefore, Publishing requires endless resilience, patience and constant self-motivation.


You were involved in the TV show: Going Nowhere Slowly? What did you learn from travelling the country with your best friend and meeting new people?

That I stay 'in' too much.  I (as was claimed on the show) am a “city slicker”.  I can’t stand the idea of having to live out of a suitcase.  So the show definitely put me far out of my comfort zone, and I was happy it did.  What I did see and learn was that it takes only a short while to get used to something new and truly amazing.  Where it might seem painful at first, you can’t tell the difference between a good and bad experience until you pass a certain point.

You hosted a very popular show on 94.7 Highveld Stereo? How did you get the position?

At the time, I had been on the air at Tuks for about 4 years, hosting a very successful drive-time show in the Pretoria area.  The station manager at 94.7 had heard about the string following I had in the Pretoria footprint and headhunted me for the 7 - 10pm weekday slot at 94.7.

You have recently published a book called: "A Word on Radio". What does it take to be successful in the broadcasting industry? 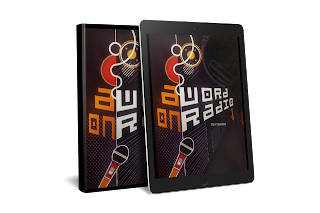 The ability to understand where the right opportunity lies even when there isn’t one for you.  Being successful has a lot to do with what you are prepared to do for yourself in the very long run of your own career, and creating those opportunities all the time.

Who has given you the greatest interview of your career and who has been the rudest celebrity?

Shirley Manson from Garbage has to be hands down the best interview I have done.  She and I got along like a fantastic house on fire.  I wouldn’t say I have had “rude” celebrity interviews, just rude celebrity managers that have been the “pit bulls” at the gate.

Who has had the biggest influence on your career and why?

It’s always been the same.  The man who opened up the media industry to me, Rian van Heerden.  It takes a particular kind of leadership for someone to believe in what you can do and then allow you focus on it to the best of your ability.

What is the biggest life lessons that you have learnt through all your ups and downs in the broadcasting industry?

That there ARE ups and there ARE downs.  As hard as it is to keep on getting up every time live knocks you down, the most significant life lessons are learned on your way up from a tough 'down'.


What is next for Chris Jordan?

Chris Jordan Media has been officially registered and launched this year (2017).  All details to what services are offered and products are available for purchase at www.chrisjordanmedia.net.  Very excited about the slow and steady steps we are taking to build a great brand in the future. 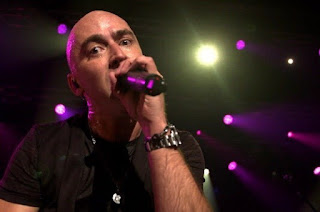 It was an evening I shared with the Sun (Arena)

Sun International’s Time Square in Menlyn Maine hosted it first international concert at the Sun Arena on the 10 th and 11 th of November. There was no better band to bring than +LIVE+.   Not only is the Sun Arena the first venue of its kind in Tshwane, but it is also the largest purpose built indoor seated arena in South Africa, with an area of over 6300m2 of combined seating and mixed use performance space on two levels. With capacity to host 8 500 guests at a seated event and 10 000 for a standing concert, the Sun Arena provides an unprecedented platform for staging grand scale events.                                             Concertgoers are promised the ultimate experience at the Sun Arena at Time Square. The venue boasts an international award winning digital audio system for spectacular sound and acoustics, as well as a high definition, audiovisual system complete with large format LED sc 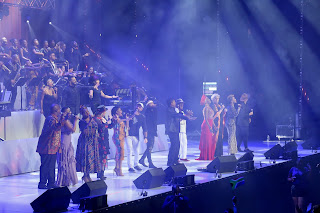 History made as South Africa’s biggest purpose built is unveiled       History was made with the opening of Sun International’s Sun Arena at Time Square in Menlyn Maine on Saturday, 4 November. Heralding the start of a new era in entertainment for Tshwane, the Sun Arena is the first venue of its kind in Tshwane and also the largest purpose built indoor seated arena in South Africa.   The grand opening production, UNISON Celebration, was staged courtesy of Time Square and was not for profit. Tickets were distributed to interested media houses to share through give aways with their listeners and readers. This was history in the making as not one ticket was sold by Time Square, with all 8 500 seats filled with people who share its passion for local entertainment.   The concert saw some of the country’s foremost entertainers collaborating on the Sun Arena stage for the first time. These included Lira, Zonke, Lady Zamar, PJ Powers, Yvonne Chaka Chaka, Sipho Hotst 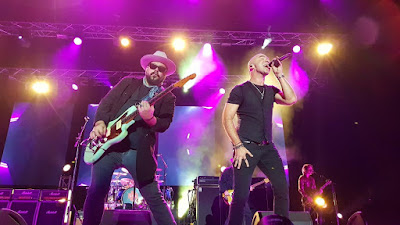 A GRAND NIGHT WITH + LIVE+ IN CAPE TOWN

Lead Singer, Ed Kowalczyk has often likened the interaction with the crowds at their concerts as a sexual or spiritual affair. They can connect with their audience through the magic of their musical instruments. Unlike most bands, +LIVE+ were formed in High School and their friendship and brotherhood has kept them going for over 30 years. Patrick Dahlheimer, Chad Taylor and Chad Gracey formed a band in High School. Ed Kowalczyk saw them play and asked if he could jam with them at practice . They gave him a chance to sing Bryan Adams   “Summer of 69” and decided to make him the lead singer. They taught each other how to play music and started taking it seriously in the last two years of school. Unlike other bands, who are put together, based on their different skills, these are just four friends who were lucky enough to play different instruments and form a rock group.